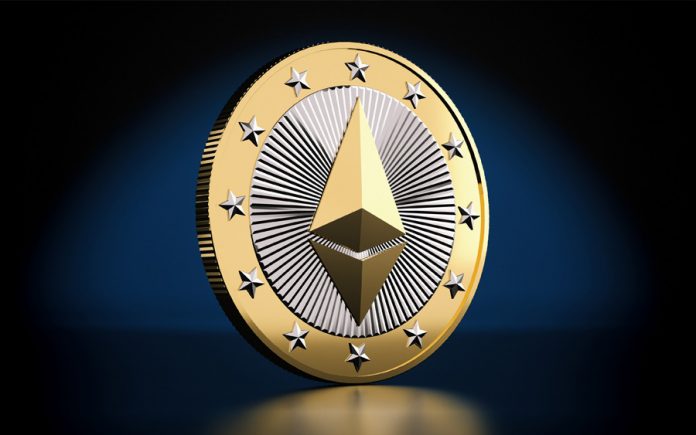 Sotheby’s had also begun to expand its footprint in the space by turning famous artworks into NFTs. In July, the auction house had auctioned off a rare artwork of Muhammad Ali’s “Fight of the Century” as an NFT.

It also holds the world record for the largest diamond sale for crypto. Sotheby’s had successfully sold a 1010.38-carat diamond in a world record crypto sale of $12.3 million that was processed using Coinbase Commerce. Accepting live bids in Ethereum is another notch in its hat when it comes to redefining how art is collected and paid for.

Auctioning Off Banksy Pieces With Ethereum

Banksy is arguably one of the most famous street artists of recent times. The pseudonymous artist who remains unknown to the public has had pieces sell for tens of millions at auction. This will not be the first time that Sotheby’s will be selling pieces from the artist. Back in May, a Banksy artwork had sold for $12.9 million at the 300-year-old auction house.

Sotheby’s will be auctioning two of the artist’s pieces. This time, both of the pieces are physical works and not NFTs. The auction is scheduled to take place next week and will feature live Ethereum bids for both pieces for the first time ever.

A live auction will be held by Sotheby’s where Banksy’s “Love is in the Air” and “Trolley Hunters” will be available for collectors to bid on. The final price for the piece can be settled by the buyer in crypto (ETH, BTC, USDC), or fiat currency.

Sotheby’s Enters Into The Metaverse

The metaverse is all the rave right now, especially after social media giant Facebook had announced that it would be changing its name to Meta in anticipation of its metaverse launch. Metaverse-related tokens had soared after the Facebook announcement. However, before Facebook, now Meta, had made its announcement, Sotheby’s had made one of its own.

Sotheby’s had launched itself fully into the NFT space with the launch of its very own metaverse marketplace. It features Ethereum NFTs curated by the auction house available for sale. This has propelled Sotheby’s forward as a force to be reckoned with in the NFT space.

Michael Bouhanna, Sotheby’s co-head of digital art sales, said of the metaverse launch; “With Sotheby’s Metaverse, we will create a new industry ecosystem that serves as a destination for the most sophisticated digital art sales and auctions, positioning Sotheby’s at the center of some of the most important NFT industry activity.”

Proposed ETHPoW Fork Poses An Existential Threat To Ethereum. Can It Succeed?

What The Impending “Triple Halvening” Means For The Future Of Ethereum

Fear Is Good (For Your Wallet) — CoinDesk

Altcoin Season 2022: Is This the Beginning of Big Gains for...

ABOUT US
We publish a comprehensive news feed covering all news relevant to the crypto user, covering main industry news, politics and regulation as well as consumer-level “news you can use” (practical stuff), including handy DIY tips, links to useful tools, unbiased reviews and opinions revolving around cryptocurrency. Simple logic and real-world examples are preferred before technical jargon and personal rants.
Contact us: [email protected]
FOLLOW US
© 2020 smartstaker.com
MORE STORIES
Ethereum